This is an open access article distributed under the Creative Commons Attribution License CC BY 4.0, which permits unrestricted use, distribution, and reproduction in any medium, provided the original work is properly cited 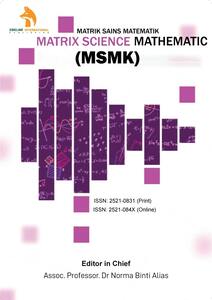 The average run length (ARL) calculation of control charts (or Shewhart charts) is not a straightforward way as it measures and compares the performance of control charts like cumulative sum and exponentially weighted moving average (EWMA) to implement complex business analysis tools like six sigma. The cumulative sum charts plot the cumulative derivations between data point and the reference value. Like cumulative sum, the EWMA charts have also been used in detecting the small shifts in process mean. Such control charts monitor and detect the autocorrelated data. This paper presents the performance of standard and modified EWMA chart by investigating the two-sides of the exact average run length using explicit formula and analyses the detection of quick shift EWMA chart as one of the major components for monitoring the efficient industrial process. The ARL of explicit formula of is compared with standard and modified EWMA charts for different values of coefficient of the first order moving average process (MAP). The experimental results in standard EWMA control chart, the upper shift is detected in observations from 58 to 60 while in the modified EWMA the upper shift is detected in observations from 54 to 60 which shows the better performance of modified EWMA over standard form.

Matrix Science Mathematic has been successfully indexed with DOAJ since 2018 Congratulations to all the editorial team!

The publication is licensed under a Creative Commons License (CC BY 4.0) . View Legal Code